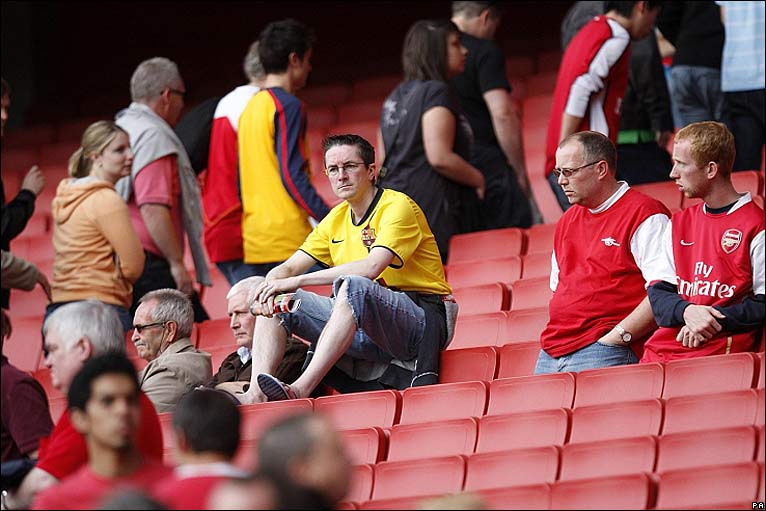 LONDON—According to a nine-year study by doctors at the London Chest Hospital, Arsenal supporters are more likely than any other football fans to die of heart attack.

“The findings of this study should be taken seriously by the Premier League and Arsenal FC,” said Professor John Ruislip, lead researcher and heart expert with the London Chest Hospital. “Since 2006, this extensive study has consistently revealed that of all football fans in the UK, Arsenal supporters are the most at risk of dying from heart attack.”

“What is even more enlightening about this study,” continued Ruislip, “is that Arsenal fans are more likely to suffer cardiac arrest while watching their team play a game of football.”

“It doesn’t matter if the fans are watching live at the Emirates Stadium or watching on TV in a pub or in their living rooms. They could even be watching an Arsenal match on their smart phones in some remote part of the Amazon. The risk levels are consistent among all Arsenal fans, irrespective of age. They can clutch their chests at any time during an Arsenal match and slump to the ground.”

Sources said the study further recommends that the Premier League should consider supplying extra paramedics at Arsenal matches, saying also that Arsenal fans should consider taking supermarket defibrillators with them to their team’s matches.

At post time, Arsenal FC are said to have launched Arsenal branded defibrillators in the club shop.