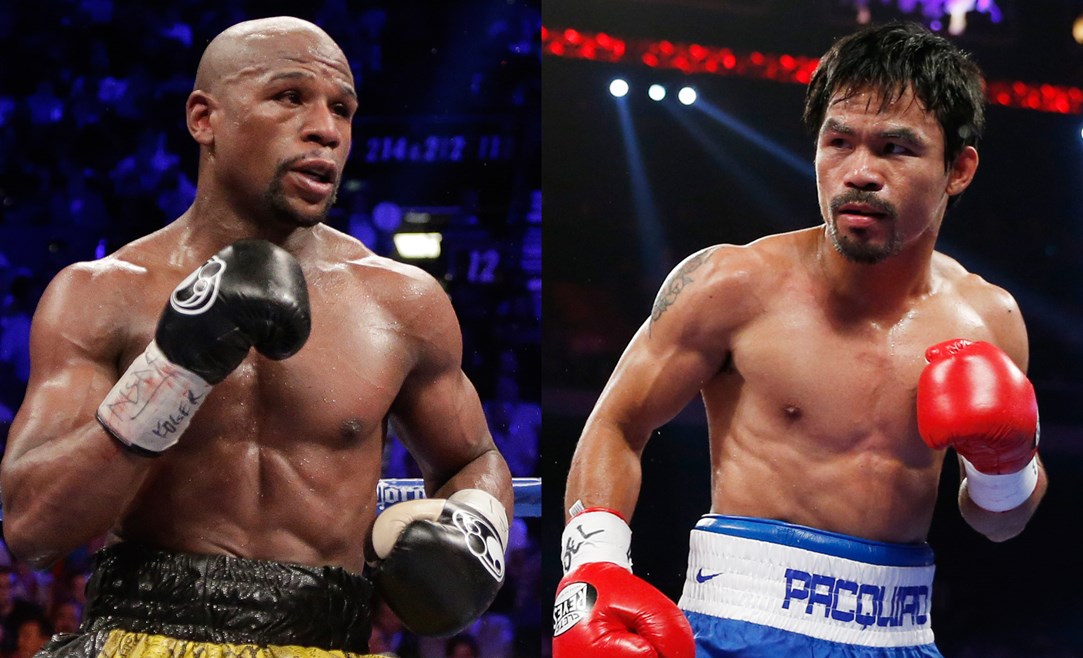 MGM GRAND, LAS VEGAS—Saying to his chasing assailant that he hadn’t had time to get an update on the second royal baby’s birth before their boxing match, Floyd ‘Slippery Money’ Mayweather took a breather in Round 4 by asking Manny Pacquiao if he knew the sex of the royal baby, according to ringside reports.

“At first, Pac-man was surprised by Mayweather’s question just as Pac-man was getting into his stride in the middle of Round 4,” said ringside spectator John Weathers. Then he smiled and told Mayweather the royal baby was female, at which Mayweather said thanks before unleashing a sneaky right hook to Pacquiao’s chin. After that Mayweather resumed his Olympic sprint round the ring while the frustrated Pacquiao gave chase.

At post time, sources said Mayweather stopped the fight again in Round 6 to ask the referee if he knew the name that had been given to the latest royal baby.