Leonardo Dicaprio Preferred To Eat His Speech To The Oscars Pizza 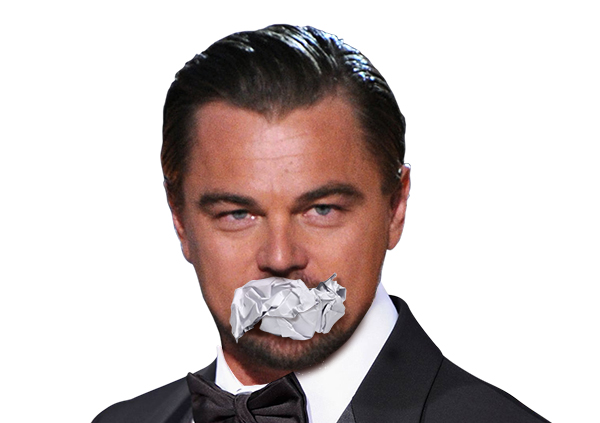 HOLLYWOOD – Saying to his fellow actors that after hearing Mathew McConaughey announced as winner of best actor at the 2014 Oscars Award, he felt a sudden violent and overpowering craving for cellulose pulp, Hollywood sources said Leonardo DiCaprio promptly unfurled his moot Oscars acceptance speech and proceeded to devour every inch of the paper with relish.

“People couldn’t believe it, seeing Leonardo eating his acceptance speech,” said Anna Montau, an irascible movie blogger. “At first he seemed to be choking on it, but then he found an ingenious way to make the paper go down smoother. He dipped his speech into his champagne to soften the hardness. After that he totally ate the rest of his speech with relish, often pushing down a large chunky bite with a huge gulp of champagne.”

Sources confirmed that DiCaprio said his somewhat wayward taste for moist fibre had nothing to do with missing out on an Oscar for the fifth time, saying he quite actually develops some kind of sporadic appetite for pulp and wood sometimes.

“Seriously what’s wrong with all these people gawping at me,” DiCaprio whined. “Haven’t they ever seen a person eating paper before? I’ll tell you something, paper is used in some food ingredients so really it’s not all that strange.”

At post time, sources said DiCaprio has decided to write future Oscars acceptance speeches on his right palm, as clenching his fist all night might be much easier than dining on paper. And oh, how he longed for that pizza, sources said he moaned.