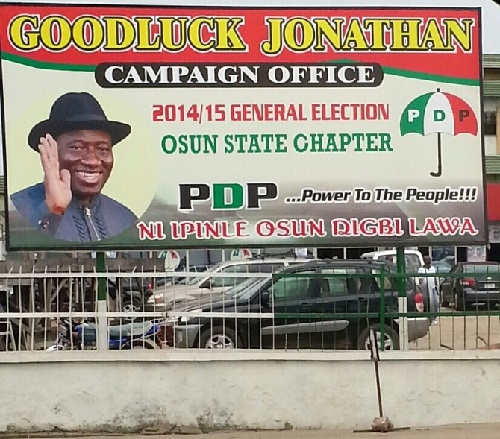 NIGERIA—Nigerian lovers up and down the country are reported to have celebrated wildly when President Goodluck Jonathan cancelled national elections which were due to be held on February 14 2015 so that lovers could celebrate Valentine’s Day.

“I don’t know whose stupid idea it was to hold elections on such an important day as Valentine’s Day,” Jonathan said in a televised broadcast. “By presidential fiat the national elections are hereby postponed to March 28 2015. Go out on Valentine’s Day and fornicate like there’s no tomorrow.”

According to reports, Nigerians of all walks of life applauded the president’s decision.

Everybody praised President Jonathan for this great initiative in recognising the importance of Valentine’s Day to the Nigerian people,” said Tunde Alao, a public commentator. “From thugs and hooligans who have been planning mayhem on election day, to thieving politicians and civil servants. To everyone, Mr President is a star.”

At post time the terrorist group Boko Haram released a statement saying for the first time ever they agree with President Jonathan’s decision. The blood thirsty group said they too would lay down their weapons on Valentine’s Day to show some love to all the young girls they kidnapped from their homes.