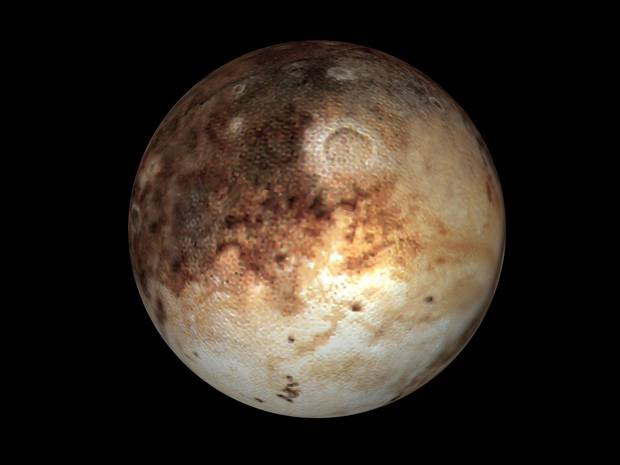 WASHINGTON, D.C.—Amongst the plethora of images sent to earth by the Pluto probe, New Horizon, Nasa has reportedly discovered a batch of photos showing a time-lapse of an enormous swoosh of a white garment, as if a certain supernatural being had been caught unaware by the lightning-fast spacecraft and quickly scampered off to hide.

“Some of the new images received from New Horizon shows a massive swooshing movement that could only have been generated from a supernatural being,” said Professor Kim Lu, Nasa’s foremost Pluto expert.

“From initial cursory observation we thought it was a plume of interstellar cloud,” continued Lu. “But this swoosh was so ferocious that it nearly knocked good old New Horizon right back to earth. We decided to give it careful examination. After painstaking analysis, we reached a conclusion that what we’re seeing making a run for it into one of the millions of craters on Pluto is a God-like figure in pristine-white cassock.”

“Yes, it would seem that after all these trillions of years that man has been searching for Him, God has been hiding on Pluto,” Professor Lu concluded.

On queries of releasing the pictures to the public, Professor Lu railed at the reporters, snapping, “Are you mad? That would never happen. Contrary to popular belief, Nasa is not in the habit of incurring God’s wrath”.