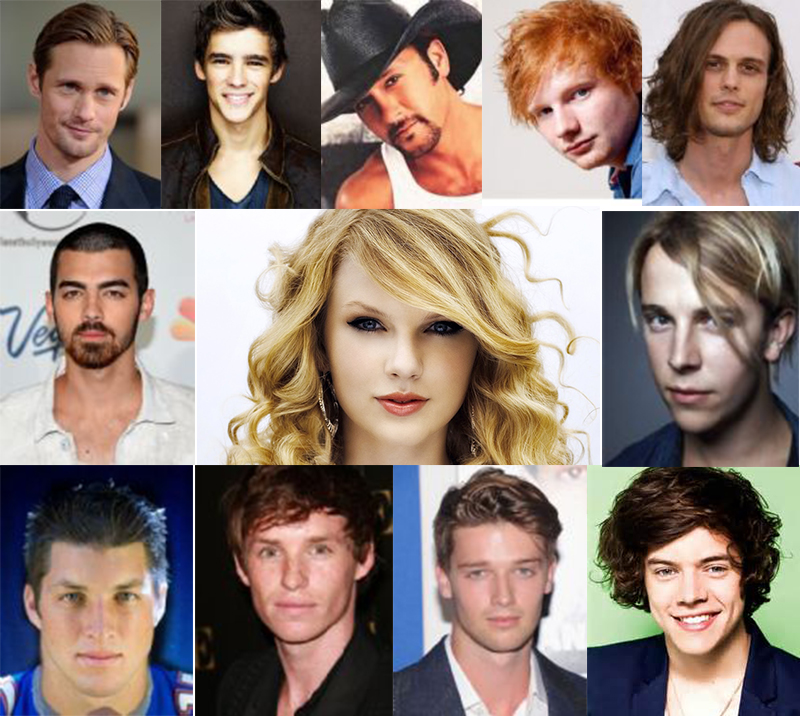 We, members of the National Association for the Advancement of Colored People, NAACP, wish to request that you show support for the Affirmative Action policy, by seriously considering making your next boyfriend an African American male.

We have watched with hope and dismay─in equal measure─as you have used and discarded boyfriend after boyfriend without an African American man ever making the grade.

For a white, blonde, blue-eyed, rich, young woman with more boyfriends than underwear we are disappointed that you have no Black American man to boast of as your ex or present boyfriend.

At our last count, Taylor, you have dated─rumoured or confirmed─some 47-plus men, all of whom without exception are hot, rich, white males. With the ratio of black men to white men in America, we reckon that, in your very short life, you should by now have bonked your way through about nine-and-half black men.

Although we are quick to acknowledge that some of your white boyfriends have been foreigners, this, in itself, is a slap in the face of every eligible black man in America.

Taylor, whatever happened to charity beginning at home?

At first we weren’t even outraged when the news surfaced that you were getting amorous with some Ginger Bun from across the pond. We thought, “Oh Taylor, getting cosy with Playboy royalty himself, Prince Harry of Wales.” Seriously who’d pass up the opportunity to poke certified royalty? “Go girl!” That’s what we said, Taylor. We damn well had your back.

Alas we were mistaken. It was some pudgy, unkempt, homeless-looking, guitar-strumming kid called Ed Sheeran. “Ed Sheeran?” We, the members of the NAACP, gasped in unison. “Who the hell is that?” But then we calmed down. We realised that even innocent blue-eyed All-American girl next door can be allowed the odd indiscretion. We were willing to forgive you, Taylor.

But again we were mistaken. Your short stint with this Ed Sheeran only seemed to whet your appetite for more English flavours. Before we could say ‘home direction’ you were drooling all saccharine gooey over that scummy body art zealot from the One Direction. Taylor, we were so incensed and appalled that even now we can’t bear to speak his name. How could you, Taylor? HOW COULD YOU?

However, we soon calmed down again. We got to thinking: Has Taylor Swift been deliberately ignoring all the young, strapping, hot, successful, All-African American men because of Kanye’s indiscretion at the VMA all those years ago? Taylor, are you still bearing a grudge against all black men because of how Kanye embarrassed you on stage?

Look Taylor; don’t tar us all with same brush, ok? In fact there are some of us beginning to think that Kanye isn’t even black. We don’t exactly know what colour he is but he’s been acting so weird lately he can be any colour but black.

Taylor, as role model to other young, white, doe-eyed, All-American daddy’s little girls, you can do nothing to foster better race relations in America than making your next boyfriend an African-American male.

You’d do a great deal of good taking a leaf out of the Iggy Azalea book of dating in America. With some of the hottest men in America being black, we’re sure you’d be head over heels in no time.

We’re quite confident you’d be spoilt for choice at all the eligible black men out there. Let’s leave professional sports for now and focus on the hip-hop music scene. We’ve got ASAP Rocky, Kendrick Lamar, Meek Mill, Wale, Trey Songz, Jason Derulo, Tyga, Big Sean. Even Drake gets our vote. He may be Toronto’s very own but we’ve adopted him. To hell with Canada.

Thank God Rhianna hasn’t got a speck of white DNA in her genes. If she did, race relations in America would have been dragged back two centuries.

So Taylor, who’s it going to be: Kendrick or ASAP?