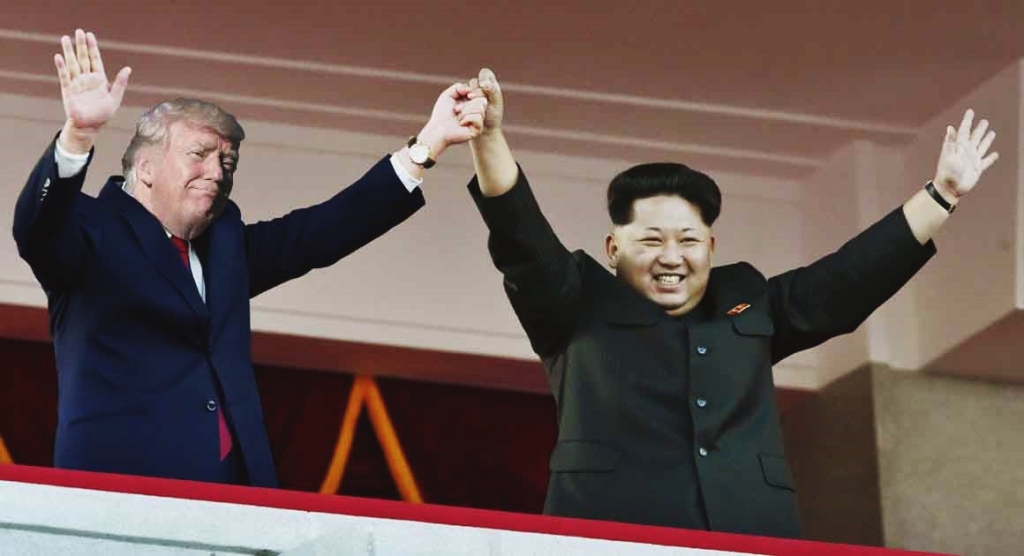 WASHINGTON—During his first trip abroad as president, Donald Trump is reported to have signed a historic trade deal with Supreme Leader Kim Jong-un—to export America’s death row inmates to North Korea to be executed by the communist regime.

“In recent years, there have been several botched lethal injections in America,” said Chief Warden Joseph Belfry of the Oklahoma Mega Penitentiary. “So this deal with North Korea is a welcome development for the American people. Get this horrible business off our hands.”

Sources report that China has, however, lodged a bitter complaint with the White House on missing out on the deal. “If we can make your iphones,” said President Xi Jiping, “we’re definitely good enough to execute your prisoners.”

Kim Jong-un is reported to have been elated at the deal, as his dream of killing Americans was about to be fulfilled.

However, as the first batch of American inmates touched down in Pyonyang, and the Supreme Leader saw they were mainly blacks, he is said to have screamed, “These are not Amelicans. These are Aflicans. Death to the Amelican imperialists.”